The original title for this article was “Houses in Conway Are Still Overpriced,” but I am a firm believer in the free market. And in a free market, a fair price for a good is determined by whatever somebody is willing to pay for that good. However free trade requires the absence of force and fraud. And I am not certain that there is not rampant fraud going on in the housing market; but that nugget will serve as the topic of another post.

Since the housing market peak in the last quarter of 2004, housing prices in America have fallen on average by nearly 10%. Housing prices in the Little Rock metropolitan area including Conway have risen 3% in that same time. Now, one could make the point that housing prices in the Little Rock metro were relatively low compared to the market in 2004. But, I don’t think that is the case. It will take 2-3 more years for the market to correct itself in the LR Metro, and that is only if the government manages to stay out of it.

Here is the link to the Wall Street Journal article.

My employer, SFI, has recently chosen to send me to our Portsmouth, Ohio plant for 3 days a week. This is scheduled to last for 3-4 weeks. The journey is not too bad. I catch a flight out of Little Rock into Cincinnati, then it is a 2 hour drive from there. I have found the people of in the region to be most pleasant. One of the most fascinating things I have seen is the murals that are painted flood walls (which protect the city from the Ohio River.) Here are two of my favorites.

The idea that taxes have been shifted to the middle class is one of America’s biggest myths. The fact is that the lower half of American earners (by household) do not pay any federal income tax. And the richest 1% that Congress is always giving all of those tax breaks to foots 37% of the bill. 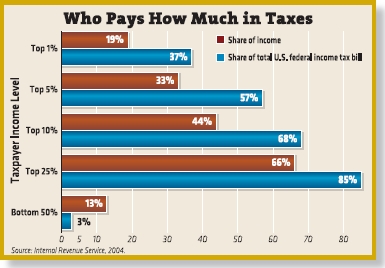